Flat Pack Shelters: The Latest Innovation in Houses for Refugees 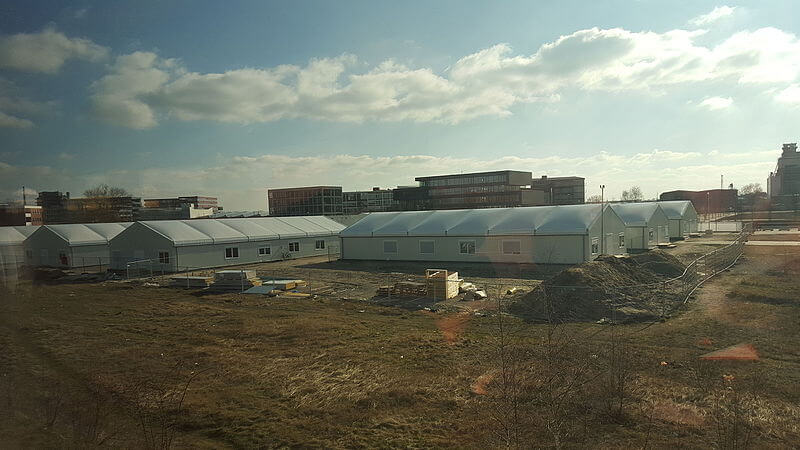 Millions of people are living in disaster relief areas, refugee camps or under poor conditions. Such temporary homes have been used for years but they have not seen much change or improvement over the years. Mostly tents or other non-durable shelters are used. But for a few years now a couple of organisations have been working on an innovative shelter design that will give people a much safer temporary home.

The Better Shelter Organisation and the UNHCR (The UN Refugee Agency) started working together with the Ikea Foundation on a product called Better Shelter which is the latest innovation in temporary home design. Together they have been working on a project that now helps refugee camps in several countries have more secure homes.

It is based on Ikea’s famous flat pack furniture and homes and is a flat pack shelter that is durable, safe and easy to assemble.

The Ikea Flat Pack Shelter: What It Is And Why Is It Better

The Ikea flat pack shelter (the Better Shelter) is a small modular home made from steel and offers security and protection to the refugee families. The model is based on the ready-to-assemble Ikea speciality and also arrives in flat boxes. And what this new temporary shelter means to thousands of people is a more dignified way to live away from their countries and homes. It is much secure and sustainable than a tent. This design has been tested and improved.

The Ikea flat pack shelter is just like your regular flat packs – it comes in two boxes and it takes about 4 people and 4 or more hours to assemble. The better shelter includes a solar panel on the roof and a LED light inside. This gives an opportunity for the people to eat and do some basic chores, allows kids to do homework. The walls are non-transparent and from a material that also acts a bit like an insulation, it has a ceiling and four windows. It resembles a house, only that it is one room and is 17,5 sq. meters.

The Ikea temporary housing was designed to last up to three years with normal weather conditions – much more than tents which are usually used in a crisis. This shelter can be dismantled and reassembled in another location without damaging it.

It has three main parts – a steel foundation, walls with windows and a door that locks, and the roof which has a solar panel and ventilation. Its modular design allows people to adapt it to their personal preferences and to change its location easily. Inside of the shelter, one can easily fit a bed, a table, shelves, and other furnishings to make it more like a home.

This Ikea houses for refugees are convenient not only because of their optimised mass production and logistics but also because they allow for their damaged parts to be easily replaced. Also, no additional tools are required for the assembly – true to the Ikea flat pack furniture.

One Step Closer to Providing Better Houses for Refugees

Together with the UNHCR, the Ikea Foundation and the Better Shelter have worked on improving the standard of temporary refugee housing unit or for other disaster relief shelters. These innovative shelters are revolutionary for the humanitarian aid. Additionally to them being a much safer temporary home to refugees and people in crisis, it’s rigid structure also has a much higher level of fire safety.

The Better Shelter allows for cleaner sites where refugees live. It is a more comfortable, safer and dignified home for the people. Funded by the Ikea Foundation it is only natural that the end product will be a ready-to-assemble design. The many benefits of the Ikea houses for refugees come in handy for the goal of this three-way partnership that aims to improve the standards of houses for refugees. The Ikea flat pack shelters have been used in a few countries to help people who are living in tents and are now helping refugee camps as well.

Just like the flat pack furniture, delivered and assembled by our technicians, the new Ikea shelters are also user-friendly and mass produced. The sense of security and a home that they bring is exactly what the refugees and people in crisis need.

Why is the Better Shelter Superior to Other Shelters?

The Better Shelter product was launched in 2013. The production of the flat pack shelters begun in 2015 and since then, thousands of Ikea better shelters have been sent to crisis locations. And in 2016, the Ikea temporary housing won an award for design of the year in a prestigious competition. The partnership of the three giants has achieved the goal of building a cost-efficient, easily transported and assembled, and efficient housing for refugees. It is even made from recyclable plastic!

Why are the Ikea refugee homes better? They are unique housing units that allow people to stand inside, unlike other shelters before. The innovative solar panel on the roof can provide up to four hours of light at night or can be used to charge phones.

These innovative shelters are firmly attached to the ground and their sturdy construction gives the people a sense of security and a home. It can be furnished, it can be dismantled and reassembled.

The old and most used type of shelters are tents but they have not been improved over the years. They rely only on tarp, ropes and poles. Other big disadvantages of tents: they are small and low-rise, do not bring a sense of security (they do not lock, they do not have walls), do not help with temperature dropping and rising, and there is no source of electricity.

Naturally, the cost of the Better Shelter is higher than other temporary shelters’ costs but it is justified. All of the advantages of these new shelters calls for a higher price. The durability of the shelter is a few times higher than tents’, the materials used to make the Ikea better shelter are stronger and more expensive.

IKEA’s innovative flat pack houses will give people more of the basic human living conditions but as a whole, the process of improving the homes for refugees in need will take more years.